Read the 1st chapters of THE TORN WING 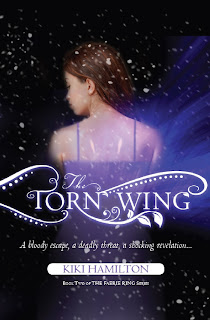 Hey Guys! I thought it would be fun to post the beginning chapters of THE TORN WING here leading up to release day - kind of like the serial stories that were posted in the London periodicals in the late 1800's.

So, to that end, here's the schedule:

Hope you'll stop by and check it out!
Thanks!
~Kiki

If you can't see the first chapters in the box below, click here.

If you'd like to send me a message: email me